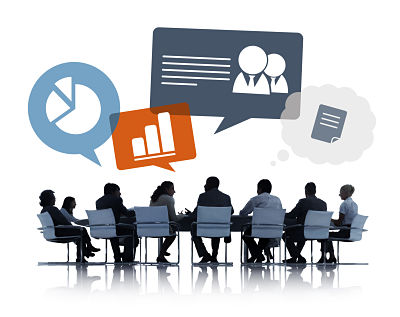 Jed Hysong is a CPA and Chartered Global Management Accountant (CGMA) with over 20 years of accounting and finance experience and is a member of the American Institute of CPAs and the North Carolina Association of CPAs.  He has been actively involved on PCANC’s operations committee since 2012, its board of directors since 2013, and served as board treasurer from 2014-2016, and vice chair from 2017-2019. Hysong earned a bachelor’s degree in business management and a master’s degree in accounting from North Carolina State University. In addition to his service to PCANC, he served on the board for the Healthy Start Foundation from 2010 to 2016, was the board chair during FY 2015-2016, and has served on the board for the Triangle Chapter of Wrestlers in Business Network as the treasurer since its inception in 2014. Hysong lives in Pittsboro with his fiancée Jeanette Ragland, having successfully released his son, Miller, and daughter, Helena, into young adulthood.

Zeke Bridges currently serves as the law school’s assistant dean of administration and as an adjunct faculty member at Campbell’s Law School in downtown Raleigh. Bridges has been actively involved on PCANC’s external relations committee since 2013 and served on PCANC’s operations committee in FY 2016-2017 and FY 2017-2018. In addition to his service at PCANC, Bridges volunteers with his local church and serves on numerous North Carolina and Wake County Bar Association committees. He is also actively involved in his local community. Bridges holds dual bachelor of arts degrees in political science and criminal justice from the University of Georgia in addition to receiving his Juris Doctor from Campbell Law School in 2003. He lives in Wake County with his wife, two daughters, and yorkiepoo, Buster.

Thomas Moore is a principal at Cardinal Government Affairs, a Raleigh based firm specializing in government relations and advocacy. He joined the PCANC Board of Directors in June of 2012 and has served as chair of the PCANC civic education and engagement committee through FY 2017-2018. Moore served as the secretary of the PCANC Board of Directors FY 2018-2019. Moore graduated from NC State University with a degree in public relations and a minor in political science. He attended Loyola University School of Law in New Orleans where he was a member of the Moot Court competition team and an editor of the Maritime Law Review.  Moore lives in Raleigh with his wife Jessica and their children.

Michael Olander is the former President and CEO of the Apple Gold Group he founded in 1984.  The Apple Gold Group was a franchisee of Applebee’s Neighborhood Grill and Bars, operating more than 130 Applebee’s Neighborhood Grill and Bar restaurants in North Carolina, South Carolina, Georgia, Kentucky, Indiana, Oklahoma, and Arkansas. In 2018 he sold the Apple Gold Group and is currently in the process of developing both Rise Southern Biscuits and Righteous Chicken along with Zambreo Mexican with a Mission in the Carolinas.  Olander has been named as one of the 50 most powerful people in North Carolina business industry by Business Leader Magazine. He previously served on the PCANC Board of Directors from August 2008 through August of 2014 and has joined in serving as a board member again since August of 2016.  He served as co-chair of the communications committee in FY 2018-2019.